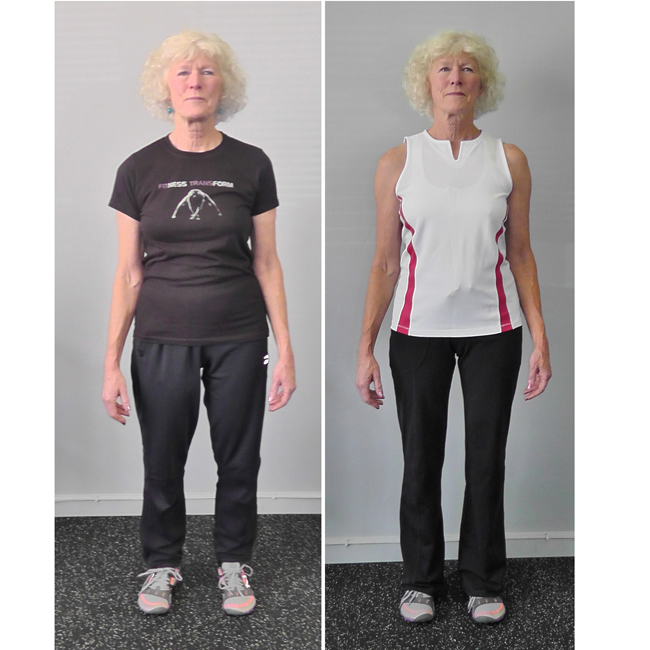 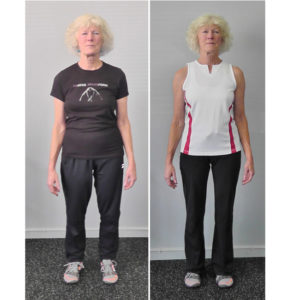 I always thought I was in good physical shape.  I have maintained a healthy weight and exercised my whole life taking aerobic classes, swimming and just always being physically active.  I appear slim, fit and healthy.  Or so I thought.

A few years ago, though, I was diagnosed with osteopenia, low bone mineral density.

I began actively taking steps to improve my bone density and prevent the onset of osteoporosis by increasing my aerobic exercises and my calcium intake.

However, last fall, at age 61, I was told I did have osteoporosis and would have to immediately start taking medication to prevent further bone loss and bone fractures.  I had heard many bad things about the side effects of the drug and looked for other options.

With a new doctor we approached the problem on several levels.  Among other things, he recommended I change my eating habits and embrace the Paleo Diet.  He designed an aggressive regime of vitamins and minerals.  He encouraged me to include weight resistance training in my exercise program.

Not long after that, I saw a book review in the Santa Barbara News-Press that caught my eye because it mentioned the Paleo Diet. “Your Primal Body…the Paleo way to living a lean, fit and healthy life at any age” (“any age” caught my eye, too!).  I read the review, bought the book, read it and called Mikki.

It has changed my life.

We talked over the phone briefly and then met for an interview.  I told her I was fairly fit and in pretty good shape.  I worked out.  I told her about my osteoporosis and my goal of improving my bone density with the help of some resistance training.

Was I ever in for a surprise…and a reward.

From the start I was shocked at how out of shape I really was and how poor my stamina was.  We both laugh about that now!

I had never worked so hard.  Within the first week Mikki had me doing things with weights I never dreamed I could do.  As soon as I thought I was at a maximum kettlebell weight, Mikki added more.  She pushed and encouraged and never let me stop trying to complete the given challenge.  She carefully demonstrated and explained every new move and worked with me until I had the basics down.  At the end of each session I was soaked with sweat and exhausted beyond belief.  But I was proud and excited about what I had accomplished each day.  I never said “I can’t do that.”  I might have thought it in my mind but I always tried to do whatever Mikki directed.  More than once I must have looked at her as if to say, “You’ve got to be kidding! I can’t possibly do that!”  Then I would walk over and give it a try. She knows just how much more you can do and gets the very most out of you.  I would never get the same amount of improvement on my own because I know I would always stop too soon.  With Mikki, you can’t stop.  She always demands a little bit more than you think you can do and you do it.  You have to keep going and the pay off is huge!

The core work that seemed almost impossible at first became easier.  The weights got heavier but I became stronger and more familiar with the kettlebells. The routines were different each session, some days focusing on strength building and other days on building stamina.  I looked forward to every session even thought I knew it would be the hardest workout I had ever done.

I started to notice improvements in my stamina and in my strength.  My husband started to say he could see my muscles firming up and friends said I looked better.  I could actually see and feel muscles building and hardening and my body toning up.

I kept a food diary for a while and became very aware of my diet.  With Mikki’s guidance I have shifted much more to the Paleo Diet, which has helped me maintain my weight, feel better and have less issue with my hypoglycemia.

It wasn’t until I saw my before and after pictures that I really saw the dramatic difference that just three months had made.  My weight was only down 1/4 of a pound but I looked 10 pounds lighter, slimmer, firmer, with toned muscles and better posture.  And I still chuckle when I think how fit and slim I thought I was.

I am 62 now and have probably never been in better shape!  I run up stairs,  I have more energy and enthusiasm.  Even though I only lost ¼ pound according to the scale, I have dropped almost 2 pant sizes!  Mikki says I have traded 5 pounds of fat for 5 pounds of muscle!

I have started my next 3 month program and Mikki is helping me to improve my techniques with the kettlebells and exercises.  We continue to work on building stamina and endurance as well as increased weight training.  I am still excited about every workout.  The results I have seen far exceed anything I could have imagined.  I didn’t know such hard work with Mikki would reap such dramatic physical and personal rewards!