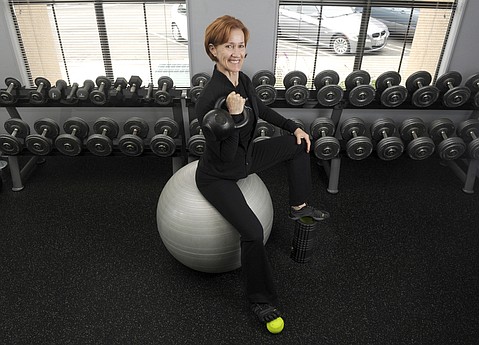 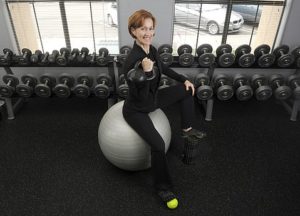 About halfway into a 28-day fitness and nutrition program headed up by Mikki Reilly at Fitness Transform, I experienced a sustained upswing in energy as I went about my typical weekend. I had woken up 30 minutes earlier than usual and, unvisited by my normal grogginess, dispatched household chores —raking leaves, emptying trashes, unloading armloads of family beach gear from my pickup — with renewed strength and nary a mumbled complaint. As I paused for a glass of water and a handful of raw almonds, I noticed that my internal mechanisms produced a steady buzz (apart from the one lit by two mugs of dark roast). My middle-aged dad bod, as it turned out, was tapping stored fat as its primary fuel source. I felt great.

Back in Reilly’s downtown studio the following Monday, she smiled knowingly as I described my weekend power surge. Over the years, she had explored dozens of health and fitness plans — including macrobiotic, Zone, Atkins, and seven years of vegetarianism — before discovering the paleo diet while working on her Exercise & Sports Studies degree at UCSB. Its omega-3-fatty-acid- and protein-heavy intake is designed to mimic that of our Stone Age ancestors. She later wrote a book about it, Your Primal Body, published in 2012.

“Most important for me was that a low-carb, high-protein diet with healthy fats was the best way to eat for health and permanent weight loss,” said Reilly, a certified trainer since 1992. “It’s the ancestral diet we evolved on and therefore is perfectly congruent with our human genome.”

Starting out, Reilly suggested I expand my daily protein consumption to 140 grams (based on my weight) while restricting carbohydrates to 50. I kept a detailed journal of breakfast, lunch, dinner, and snacks, an accounting that proved semi-tedious until, after four or five days, I had developed meal plans that included grass-fed beef, butter-fried eggs, nuts and seeds, and lots of vegetables.

While journaling was a daily task, my accompanying fitness strategy — also designed to mimic Early Man movement patterns — only occupied three one-hour sessions each week at Reilly’s studio, plus some optional cardiovascular work, such as sprinting stadium stairs at City College, which I politely declined. At first, my planks sank and my kettlebell-laden squats showcased an amateur hour of stiff-jointed struggling, but about two weeks in, my technique found good form. Reilly also trained our small group to smooth out muscle tension with foam rollers and to build core strength by using stability balls to transform a standard plank into a tricky balancing act.

But I remained convinced I’d instantly drop my workout habits and start repacking my midsection as soon as the program ended. Surprisingly, that wasn’t the case. It’s been two months since my final session, and the number on my bathroom scale remains a sign of success as I eat mindfully and still exercise three days a week on average. Overall, I gained a pound of muscle and shed nine pounds of fat, pretty good results in just 28 days.

I do allow myself a day or two each weekend, usually at a restaurant or kids’ party, to eat bread, sugary fruit, or ice cream. But my body now seems to prefer a fat-burning paleo state, so it’s easy to find that groove of our middle-of-the-food-chain forebears.

“The environment they encountered built strong muscles and lean bodies for survival,” Reilly said. “And when you exercise and eat similar to the earliest humans, you gain a host of advantages that were honed over millennia to keep you in top condition. It works. Fitness fads come and go, but this approach is here to stay.”